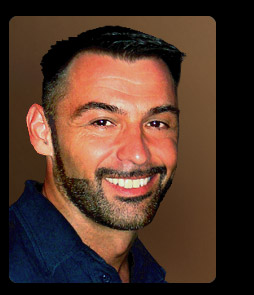 Pierre Annez de Taboada has show-business running through his veins.

Already an avid enthusiast at the age of thirteen, he filled his school notebooks with costume sketches. Intuition convinced him that « He would be a costume designer » !

In order to come closer to the dream, he joined the ‘Conservatoire de Bruxelles’ as a dancer. It was however in Paris, yet again thanks to dance, that the wonderful world of Music Hall opened it’s doors onto the stage of ‘Paradis Latin’. He would go on to perform for several years on the stages of ‘Alcazar’ and ‘Moulin Rouge’, also participating in numerous television shows.

Parallel to this, in the aim of branching out and developing his creative spirit, Pierre’s very own troup ‘Made In Paris’, allowed creational freedom at last. He directed, produced and created the costumes for this troup for nearly fifteen years. Concerned that his ‘girls’ should not be in want of accessories, he learned the art of assembling jewellery and offered them dazzling rhinestone creations.

He is at this point very quickly noticed by the ‘Lido’ who request jewellery for the new finale of their revue ‘C’est Magic’.

The collection meets with success, and the following year the prestigious Parisian cabaret confer upon him the creation of jewellery for their show ‘Bonheur’ (sets of jewellery, necklaces, bracelets, earrings…
around 600 pieces in all). Pierre’s reputation in the Music Hall world as a high-class exclusive costume jewellery designer/creator opens the doors to ‘Paradis Latin’ and ‘Moulin Rouge’.

The latter, in search of a new costume designer for a brand new show, sends out a call for tenders. All the illustrious Parisian designers offer their services but Pierre’s talent is the one that gets chosen. The future new show of ‘Moulin Rouge’ will bear his mark.

Multi-facetted, it is as a creator and costume manager that TF1 calls upon him for their highly mediatised ‘Danse avec les Stars’.

His passion for show-business intact, Pierre continues to pursue his goal…creating the dream !

Pierre Annez De Taboada is a stage costume and jewellery set creator for the Moulin Rouge.

For any questions and estimate :
Please Clic here

Creator of stage jewellery for, creation and fabrication of jewellery in Swarovski crystal for the Lido.