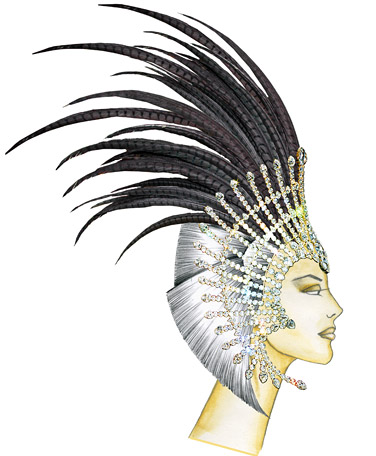 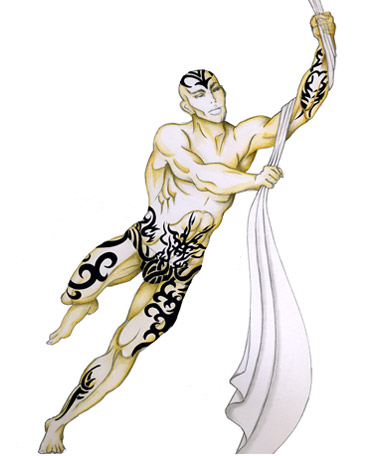 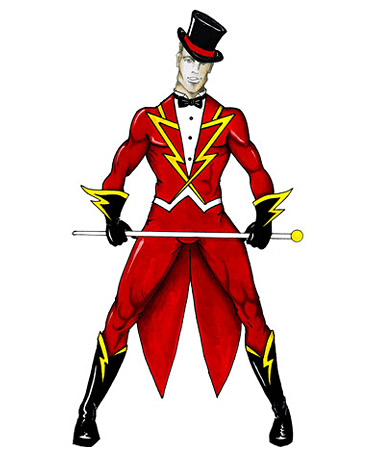 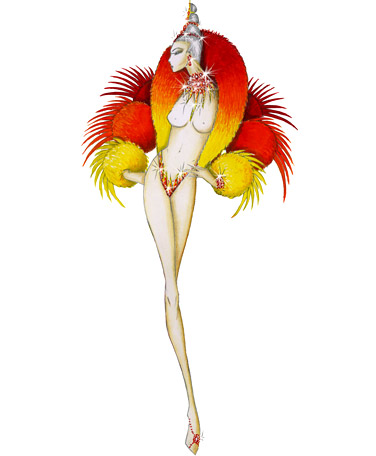 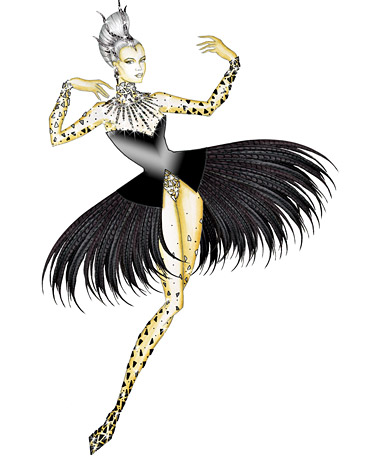 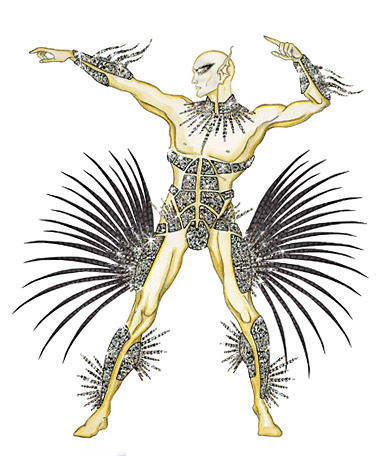 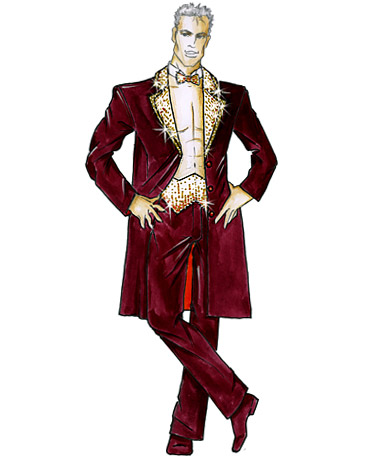 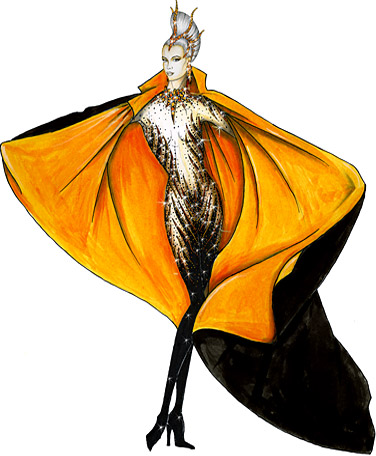 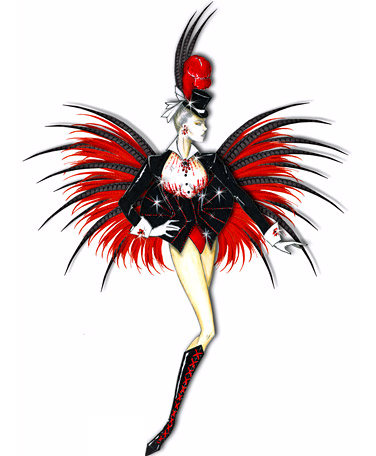 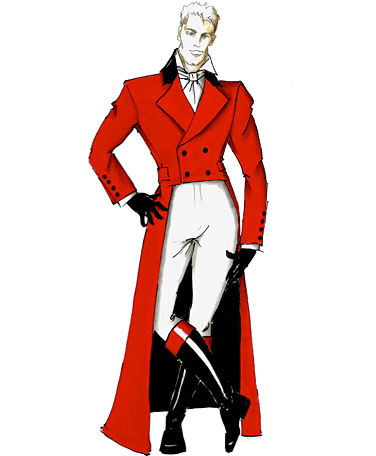 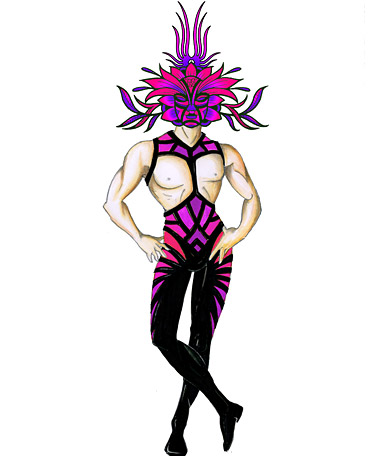 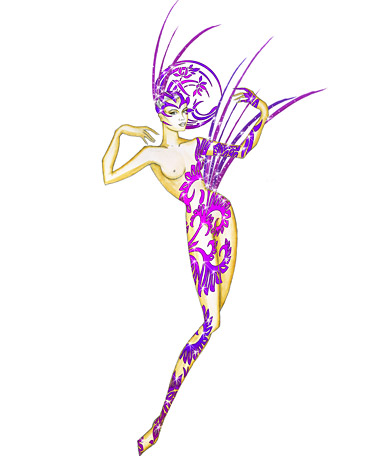 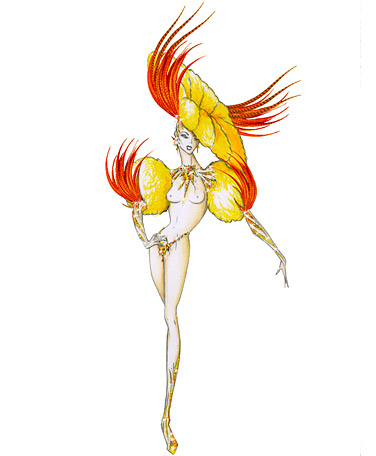 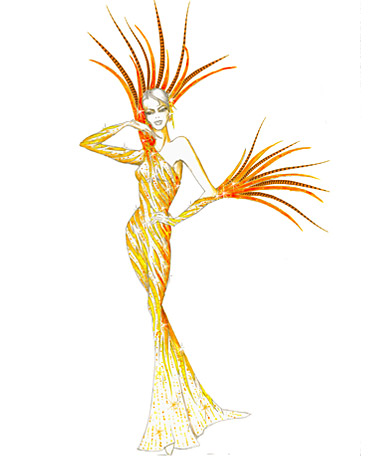 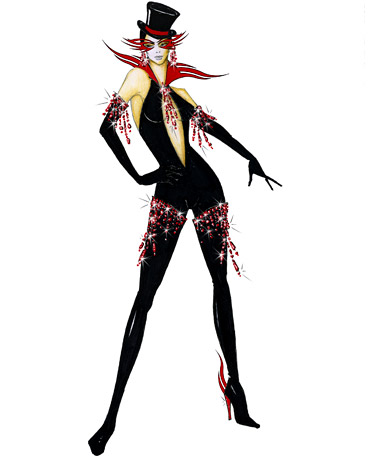 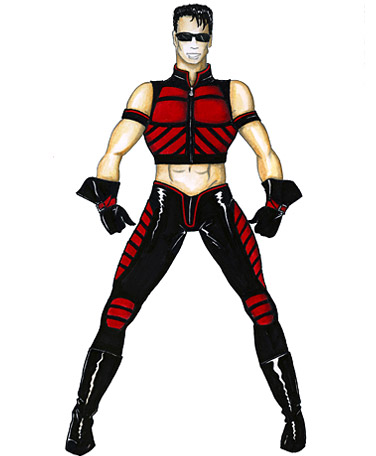 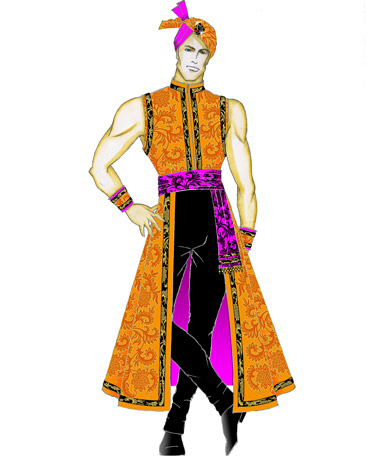 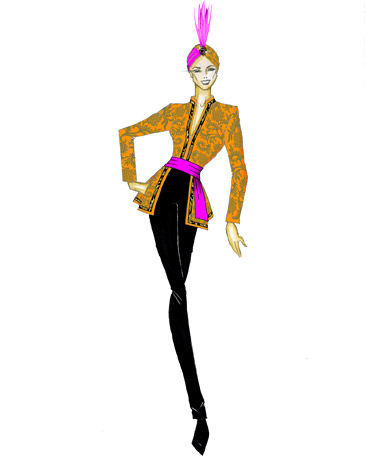 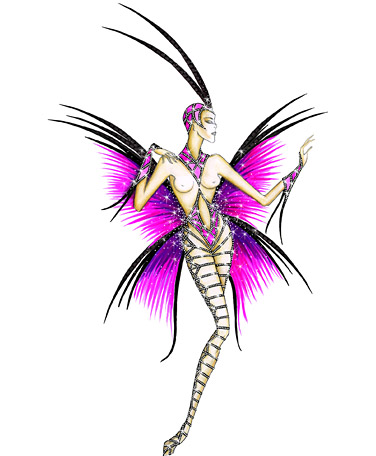 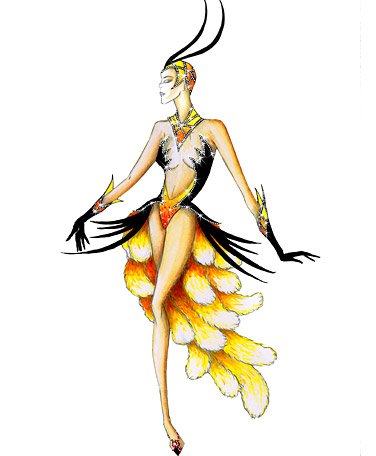 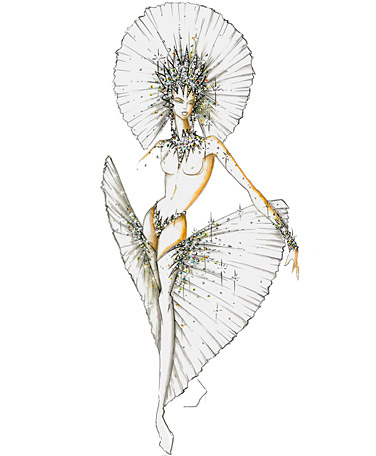 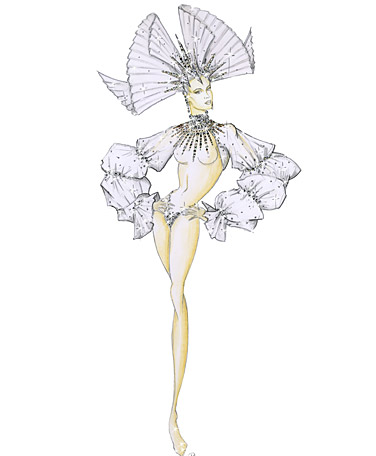 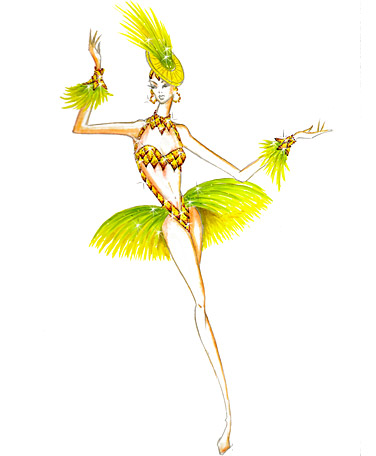 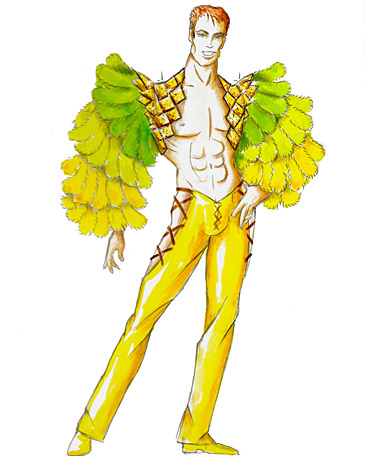 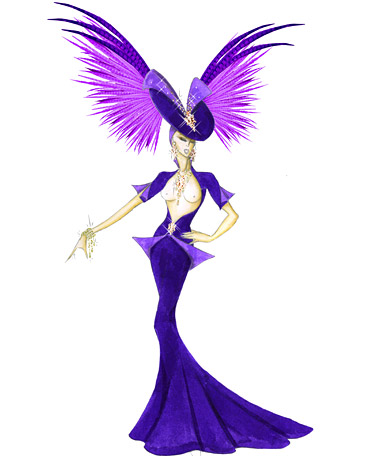 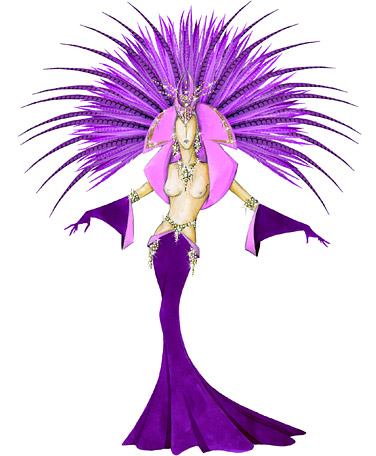 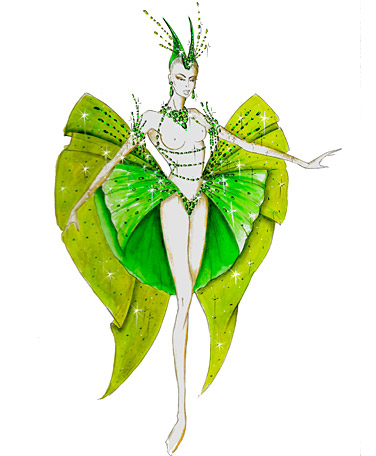 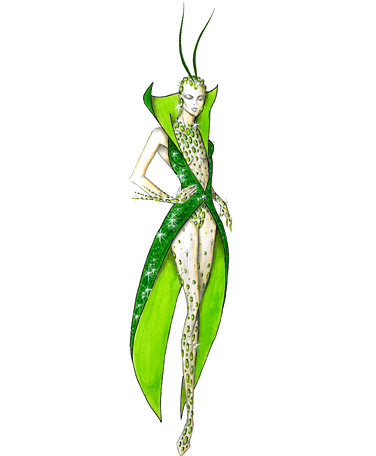 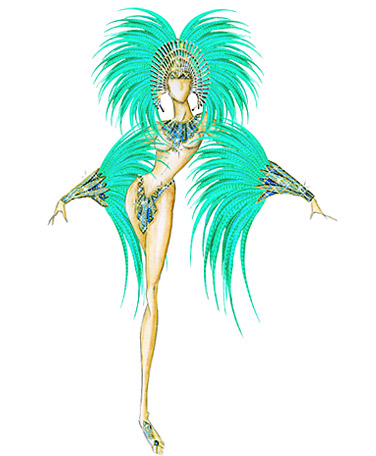 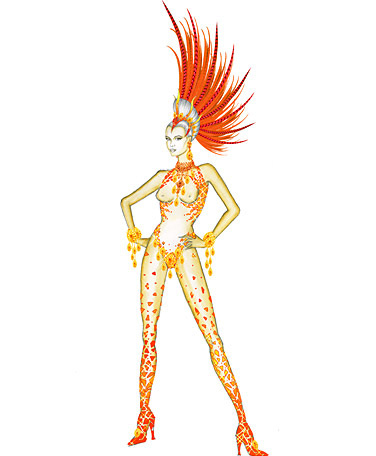 Whilst the role of costume in any theatrical production is clearly important, if there exists a type of show where it becomes essential, it is indeed in shows such as the Moulin Rouge.

A large number of drawings (maquettes) are necessary for the creation of shows such as this.

One can count almost 300 sketches and drawings for around one hundred different models, within the 700 final costumes.

Each one of them is made up of several pieces for the costume as such, but hats, wigs, jewellery, feathers, shoes and other accessories also count.

Pierre Annez De Taboada is a stage costume and jewellery set creator for the Moulin Rouge.

For any questions and estimate :
Please Clic here

Whilst in the collective imagination the showgirl is scantily dressed, her costume is nevertheless among the most expensive and complex to create.

It is not uncommon for certain costumes to require the intervention of eight different craftsmen for it’s creation and eventual finish.

They keep alive an exceptional ‘savoir faire’ envied by the whole world.
Cinema and ‘Haute Couture’ also call upon them to confect their most extravagant costumes.

The starting point is the costume creator’s original drawing. It is from these drawings that the craftsmen put into action their ‘savoir faire’ in order to confect these incredible works of art. Next, prototypes are made up, for presentation to the production team, and also to enable eventuel modifications to be carried out before the series is made.

The conception of these costumes must meet the demands of the director who has created the numbers for the show.
They must without fail be adapted to the choreography executed by the dancers.
Whilst the aim is to embelish the body and produce a visual impact on the public, one of it’s major constraints (apart from comfort) is it’s solidity.

Whatever the conception, it must be light, technically perfect and must withstand a high number of performances whilst retaining it’s initial esthetic.